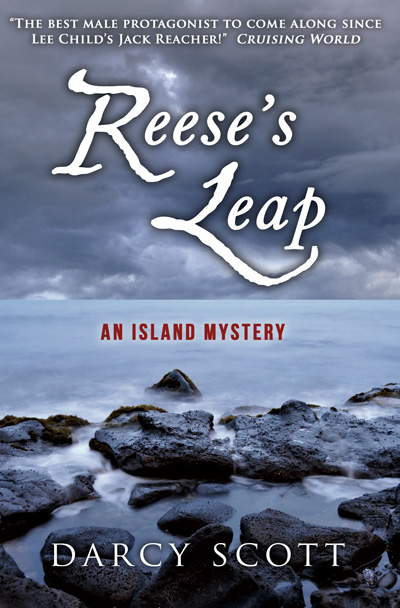 In this sequel to the award-winning Matinicus, five women on a Maine island retreat are forced to host the bachelor botanist, Gil Hodges, stranded there in the fog. When a diabolical stranger appears out of nowhere bent on a twisted revenge, it falls to Gil to keep the women safe, despite a dawning awareness that not everyone will make it off the island alive.

Award-winning author Darcy Scott (Best Mystery, 2013 Indie Book Awards; Silver Award, 2013 Readers Favorite Book Awards; Bronze Award, 2013 IPPY Awards) is a live-aboard sailor and experienced ocean cruiser who’s sailed to Grenada and back on a whim, island-hopped through the Caribbean, and been struck by lightning in the middle of the Gulf Stream. For all her wandering, her summer home and favorite cruising grounds remain along the coast of Maine, where she’s been plying the waters for more than two decades—the history and rugged beauty of its sparsely populated out-islands serving as inspiration for much of her fiction, including 2015’s acclaimed Margel’s Madness and her popular Island Mystery Series (Matinicus, Reese’s Leap, and Ragged Island). Connect with her online at www.DarcyScott.net.