↓
Home→Snow Angels on the Moon 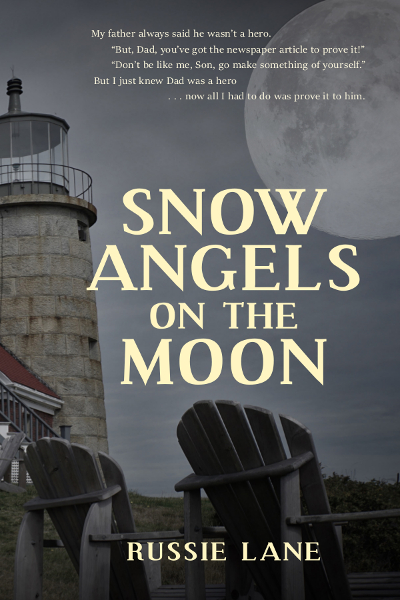 Russie’s father always said he wasn’t a hero, but a newspaper article tucked away in a family album told a different story. It spoke of five young campers rescued from an overturned sailboat in the summer of 1958. Now, nearly six decades later, the search begins for those five saved lives in hopes they may help rescue his PTSD-riddled father.

Raised in a fishing family on the Maine coast, Russie Lane’s love of storytelling began at an early age while listening to his father and uncles down on the dock. His first attempt at filmmaking, Looking for a Hero, won Audience Favorite in the International Maritime Film Festival, which is featured here, in his first book.