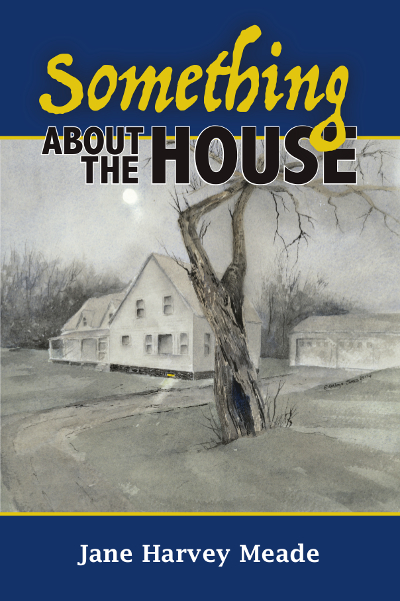 MYSTERY AND MURDER IN A SMALL MAINE TOWN

Small towns can be suspicious of newcomers, especially small towns in Maine, and everyone seems to be against the Morgans, who have arrived in Townsand to fill the empty school positions.

Things get much worse for them when Townsand and its neighboring communities try to unite into one school district. Old bigotries flare and long-buried grievances threaten violence.

It will take a murder or two to resolve hostilities that have festered too long in this remote Maine region. And the Morgans must struggle to figure out why they seem to always be in the middle of it all. Is it about them? Or could it be Something About the House?

“When she heard it, there was no question what it was—the heavy sound of a door slamming. It had come from one of the inner passages below her. Saxon was on his feet, hair straight up on his back, as he snarled his way to the kitchen door by the cellar stairs…Thirty seconds after she had heard the sound, she fled the house. As she ran along the front walk, new panic seized her. A light glowed from a basement window. Just as she‘d feared! Someone was down there!”

—from Something About the House

Jane Harvey Meade has had a 38-year career in education, teaching in the states of Maine, New York, New Hampshire, and Massachusetts. Retirement has allowed her to pursue her love of writing, with the publication of five books in a variety of genres: a biography, a mystery novel, a spiritual memoir, a novel about a woman’s struggle against abuse, and a poetry book. Something About the House is different, too. It’s her first book set in her home state of Maine, where she lives with her husband, John, and her family.

For more about the author, visit www.janeharveymeade.com.