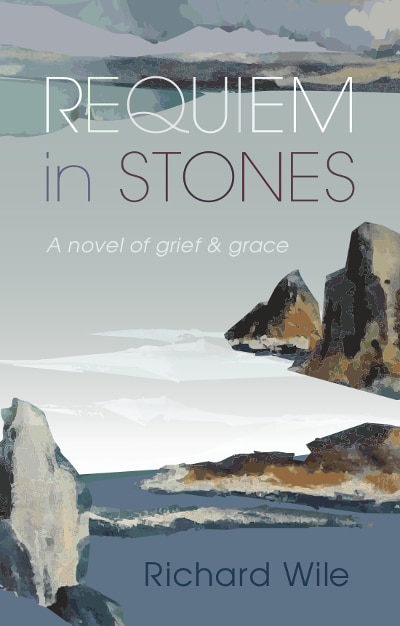 The death of his daughter Annie two days before Easter destroys everything Tom Jacobs had ever believed about himself, his teaching career, his new wife, his stepson, and his god. Over the next eighteen Easter seasons, Tom must journey into the heart of his grief before he can emerge, resurrected by faith and love.

Anyone who has ever wondered, “Where in hell is God when a child dies?” will want to read Requiem in Stones.

“Rick Wile pulls no punches in this urgent novel, taking his protagonist deep into the very marrow of a father’s grief. Tom Jacob’s sojourn becomes, through his encounter with the darkest corners of his complex and cavernous self, a pilgrimage toward peace and a soulful abiding that amounts to a restoration of his devastated faith. The reader who makes this pilgrimage with him may well be similarly restored.”
—Richard Hoffman, author of Half the House and Love & Fury

“Richard Wile, a much published nonfiction writer, uses fiction to lead us through a profound archetypal Christian journey of suffering, bottoming out, and redemption. Following the death of his child, the narrator loses his faith. He grapples with God as his harrowing spiritual path gradually leads him toward surrender, service, and transcendence. Requiem in Stones offers spiritual consolation to those who struggle to reconcile grief and belief.”
—Lee Hope, author of Horsefever, a novel

RICHARD WILE retired after over forty years of teaching literature and composition at the high school and college level, and since then he has published essays and reviews in numerous magazines and journals. He currently facilitates spiritual writing programs throughout the state as well as a weekly writing group for the homeless and materially poor in Brunswick, Maine.