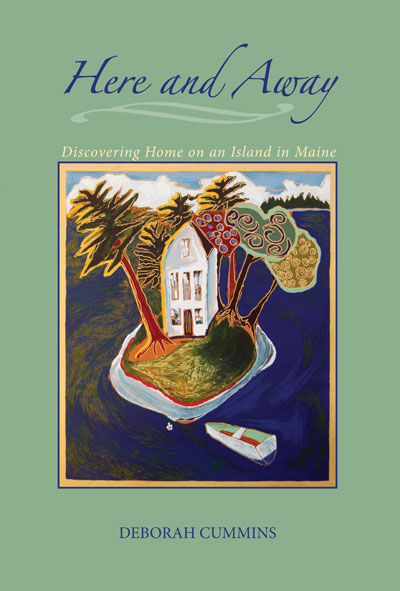 In the summer of 1995, after years of being deeply but inexplicably drawn to northeast Maine from her native Midwest, Deborah Cummins traveled to Deer Isle, an island in eastern Penobscot Bay. In this gathering of personal essays and lyrical meditations that span several years during which this summer visitor becomes a cottage renter and finally a homeowner, Cummins invites readers to join in her journey of discovery and deepening connection, an eloquent exploration of the meaning of home and the differences between being from someplace and of a place. Newly but firmly planted in an island landscape of granite ledges, spruce forests, ever-changing tidal shorelines, pocked mudflats, miniscule islets, and a beloved garden—among fellow inhabitants that include lobstermen, artists, deft arborists, and a laconic plumber, as well as ospreys, crows, a fox family, and an old dog—Cummins also unearths memories of her childhood and Midwestern roots, artfully weaving present and past. Confronted by unexpected loss, she is increasingly sustained by the knowledge that this small island has become her “belonging-place.”