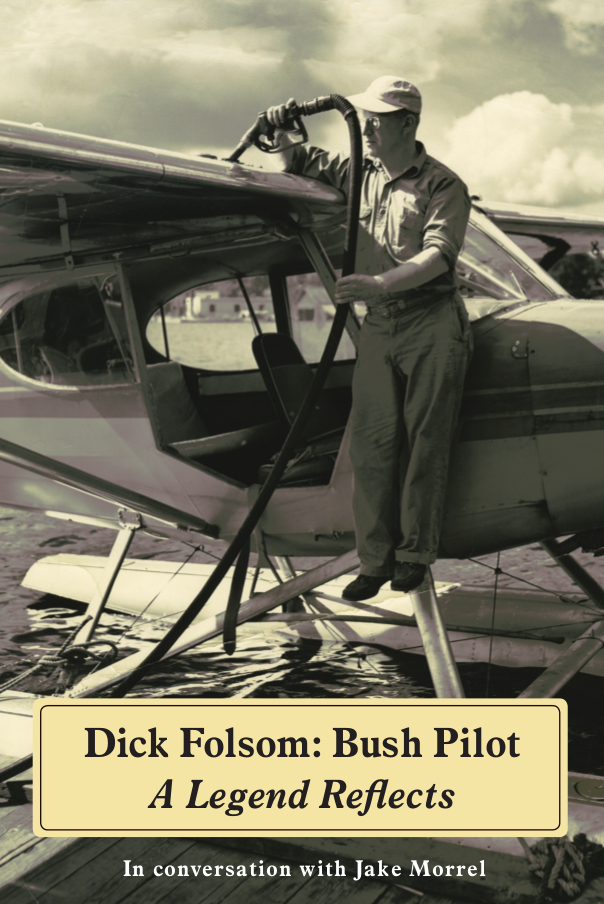 in conversation with Jake Morrel

Dick Folsom returned to Greenville, Maine, after serving as a mechanic in the Army Air Force during World War II. He learned to fly before the conflict and often thought of starting a flying service while in the Pacific. That dream came true in 1948 when the local bank granted a loan to purchase two small floatplanes.

Slowly, over the next decade, Dick built Folsom’s Air Service into the largest bush flying company in the east. Paper companies, fishermen, hunters, hermits, and tourists all counted on Folsom’s for flights into the north woods of Maine.

Thirty years after founding the business, Dick hired Jake Morrel as a green pilot. That was the beginning of a close lifelong friendship.

As Dick aged, Jake realized the historical value of his stories. In the winter of 1996, the two sat down for several sessions and recorded the tales. This book is a transcript of those tapes, combined with vintage photos.

Also Available as a two disc set:
The complete audio of the original recordings made in 1996 between Dick Folsom and Jake Morrel.

Jake Morrel was a high school teacher in 1971 when he first rode in a small airplane. That flight ignited his passion for flying. After hundreds of hours of practice, he was hired by Folsom’s Air Service as a bush pilot.