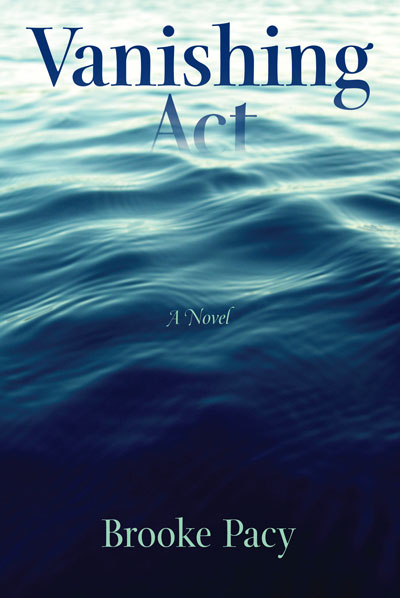 Why does a woman on the brink of celebrity vanish without leaving a trace? One March day in 1973, photographer Elsa Galen arrives on Nantucket Island, stocks her cottage with groceries and liquor, and announces to her cab driver that she will be having a party. No one on the island sees her again. Nothing in the vacant cottage or the journal she leaves behind explains her disappearance to the two stunned people who need to know she is still alive.

Reaching back two generations to the turmoil in Eastern Europe between the World Wars, Elsa’s story is an odyssey, exploring the channels brutality can carve through lives and spirits, those innocent and others less so. She searches for refuge, as her Lithuanian grandmother did before her, and must learn where and how to look, whom to trust.

Brooke Pacy credits a casually supervised childhood in Chappaqua, NY, Mt. Desert Island, and Nantucket for a deep affinity with salt water and woods. She raised four children, taught literature, and wrote in Baltimore, MD, spent seven summers sailing the Atlantic Coast with her husband, and lives year round in midcoast Maine.