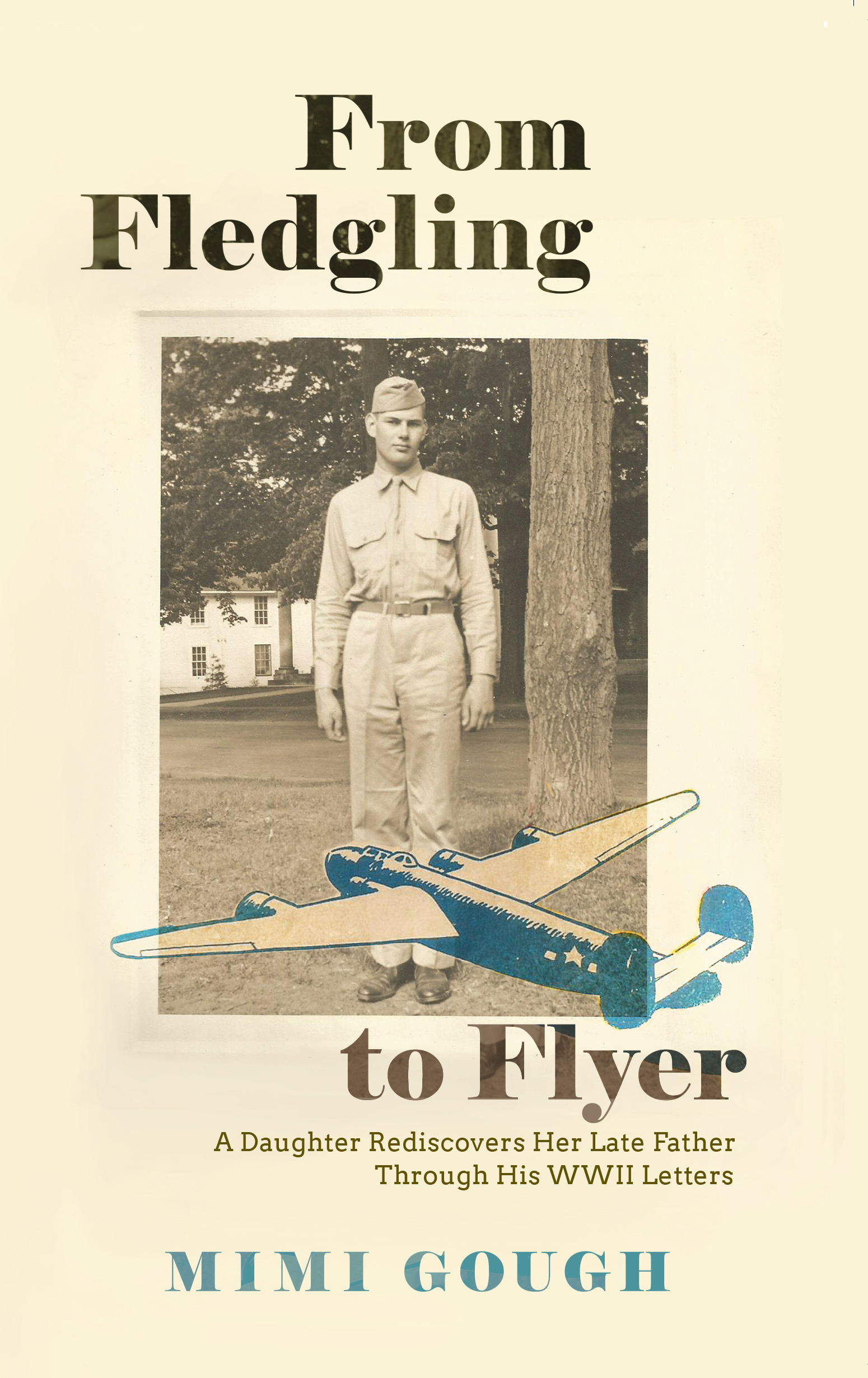 A daughter rediscovers letters her late father left behind that share his WWII story from enlistment to trained bombardier in the South Pacific. She travels with him through his accounts of going from one training center to the next throughout the United States and then off to war. While reading his letters, she begins to better understand the young man he was and the father he became to her. Although he died when she was only 14 years old, her vivid memories of his spirited love of life and for her help her begin to realize how much he has influenced her life and been with her all along.

Mimi Gough is an enthusiastic teacher, world traveler, history buff, and storyteller. As a teenage reporter, her first published articles appeared in the local newspaper. More recently, she has contributed special travel tips and destination-related articles to the Sunday edition of the newspaper. Her travels to over 40 countries, for vocation and vacation, have ensured that her native Maine accent has disappeared, but they’ve confirmed her affection for the one place on earth that feels like home. She lives with her husband, Tim, and four-legged feline buddy Messiah.