↓
Home→The Lure of Books and Other Stories 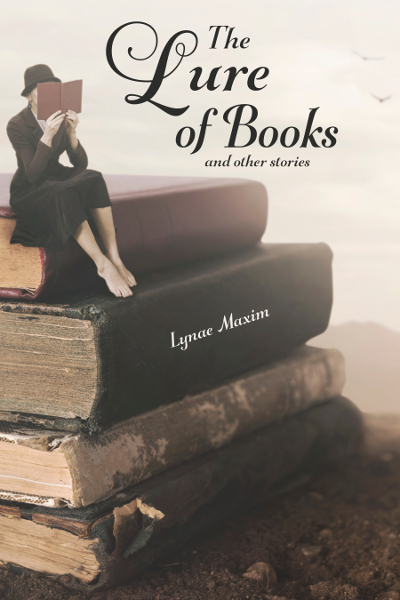 The first story, “The Lure of Books,” immediately draws us in when we meet Maria, Becca, Skye, and Patsy, a group of women who initially come together to form a book club but then find that what keeps them together is so much more. “Albert Lumm” is a fascinating study of a London cabbie and his lonely existence. The story “Tacky” is an account of meeting one’s future in-laws, which many of us can identify with. However, this account will make you laugh as you read about Donna and her snobbery toward the Krachowskis. “Unhinged” is a psychological thriller, but it is not the only story in this collection that will keep you on the edge of your seat, whereas “Elizabeth” and “The Grays” deliver a more poignant touch.

The characters inside these pages represent the diversity of this world that we live in, and perhaps you will find someone in these stories that you can identify with. Lynae Maxim has written a wonderful mixture of drama, suspense, and comedy in these stories that are set on both sides of the Atlantic Ocean. Having two homes (America and England), she writes in two voices—that of an American and that of a Brit. Certain expressions, terms, and
locales will reflect that.

Lynae Maxim, originally from London, England, has lived in the United States for most of her adult life. As well as being a writer, she is an artist and amateur researcher. Currently she resides in Maine with her husband, David, and beloved thirty-nine-year-old parrot, Barney.