↓
Home→Summer of the Disco King 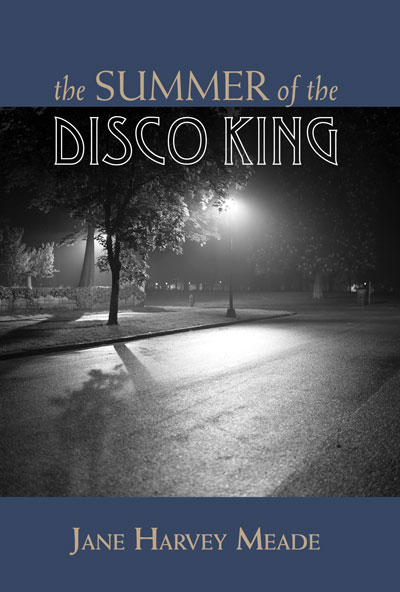 Grayson Street has been a quiet residential neighborhood for the six years that Janet Connors has lived there with her daughter, Jana. Now, a widow for three years, Janet agrees to take in an old friend temporarily while Franny’s apartment is being renovated. Franny arrives with an annoying pet she has forgotten to mention, but that becomes the least of Janet’s worries when within less than twenty-four hours, the safety of her home and family become threatened.

Who is suddenly getting into the house? Or is it sudden at all? Could Franny and her dog be the catalyst that exposes a danger that has been lurking all along or is Franny involved? And how is Janet’s handsome neighbor mixed up in all of this?

The antics over the dog and the familiar angst of raising a teenager are laughable; the fear that builds up in just a day is far from humorous!