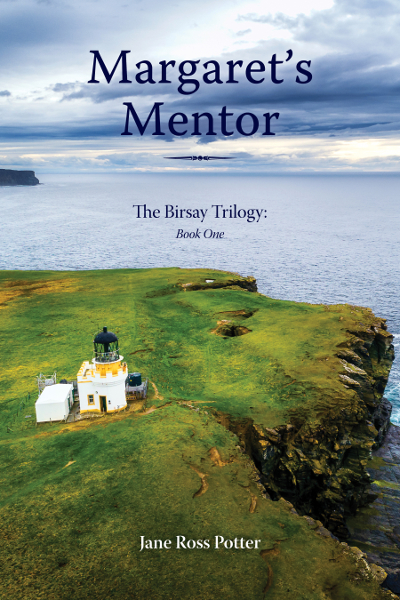 Portland, Maine attorney Hamish and his young protégé, Margaret, share an admiration for the famous English writer Dr. Samuel Johnson. Hamish and Margaret find themselves together in northern Scotland, and only they can prevent an imminent
death. Can Samuel Johnson’s moral teachings from the eighteenth century help avoid a twenty-first-century crisis and get the two home safely for Christmas?

A native of Scotland, Jane Ross Potter has a background in science and law. Margaret’s Mentor is based in part on her travels in England and Scotland, including to settings related to Dr. Samuel Johnson. Jane’s novel Because It’s There (Bennett & Hastings Publishing, Seattle, Washington) was a 2007 Indie Excellence Award Finalist. Jane divides her time between Maine and Scotland.